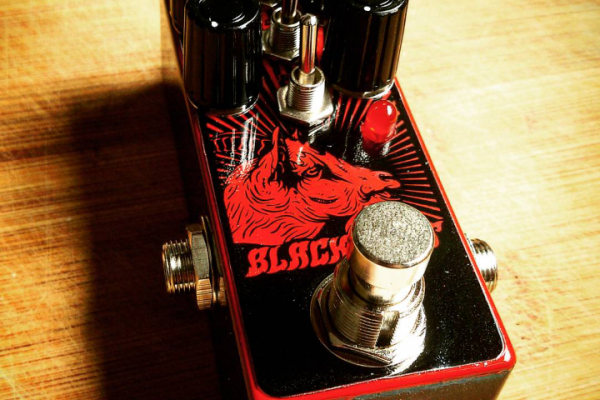 The Black Goat is a guitar and bass distortion/fuzz which emulates the Muff tones, with many features that increase its versatility.

Level: as an amp Master Volume, it controls the output Volume.

Sustain: controls the amount of saturation, from a slight crunch to a high gain distortion full of harmonics but still defined.

Mids: controls the amount of mid frequencies, from the standard mid cut of the Muff at minimum, a mid boost at maximum and almost transparent at 12 o' clock.

Standard: the right balance between high and low frequencies;

Strange: activates a feedback noise that interacts with the notes played;

Standard: switches off the feedback loop;

Drone: activates an invasive feedback noise that alterates the notes played. It's a really weird effect.

Do you love Gibson guitars? Take a look here!

Looking for a digital piano? Check here all your favorite brands!